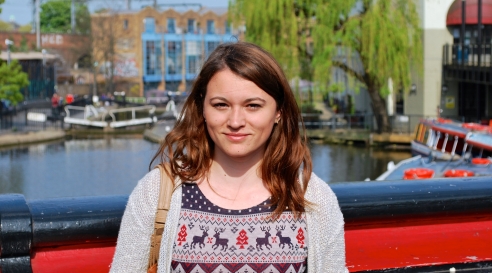 This piece appeared on VICE in April 2015.

To be ROMANIAN and living in Britain is to be both an outsider and the centre of attention. Romanians are talked about constantly, and not in a good way. At any given moment, someone, somewhere, is sitting in the corner of a pub, moaning to his mate about “all the Romanians… coming over here… taking our jobs.”

The group now acts as a convenient stand-in for all the supposed ills and awfulness of immigration. Despite being kicked around in casual conversation, most Romanians living and working in the UK have no say in how this country is run.

According to a recent report by the Migrants’ Rights Network, only 9 percent of Romanians living here will be eligible to vote at the general election.

Only 8,000 of an estimated 109,000 Romanians living in the UK will be able to enter the ballot box on the 7th of May, because the vast majority of them have not yet acquired citizenship.

Let’s face it – 8,000 people don’t exactly make for an intimidating voting block. Which means there’s nothing to discourage opportunistic politicians having a pop any time they like. Step forward Nigel Farage, UKIP’s chortling, tweed-wearing, chain smoker-in-chief. Nigel likes to talk about the Romanians. A lot.